The objective of the project is to develop innovative products and technologies in the field of biology devices that can bring more precise diagnosis of breast pathologies in the prone position, while allowing the optimization of the planning of the tracts to be followed patiently, redundant in a better efficiency and sustainability of the hospital resources Destinations for teràpies and a better index of post-treatment recovery of the patient, but a greater quality of life of the population in general.

The expected result is the obtaining of a prototype of scientific instruments of interest in members of the community and different agents of the health sector, which allows to test and validate a new technology focused on improving the resolution of the vision of health personnel. , in the diagnosis of breast pathologies in the prone position. L’esmentat prototip to be developed, could become a future in a medical device after the second phase of industrialization and regulatory validation. Additionally, future business models could be implemented per seva exploitation.
The camera and the reading and control system. The mare plate (center drain) is communicated with the Xilinx Zync system (scherra) via adapter plates. The power is regulated on a dedicated plate (to dalt to the drain). A mini-plate with a matrix of 4 xips has been attached to the mare hi plate (brand in vermell). The system is extended to include the 16 xips ends. All the plates (except Xilinx) will be designs and products for the IFAE, also with the firmware and control software.

Camera for the 3D biopsy system per tomosynthesis produced at the IFAE Credit: IFAE

IFAE role in the project

IFAE’s role in the project was to develop the digital camera and corresponding drivers. IFAE concluded its part successfully and hosted the biopsy prone table in a dedicated leaded room at IFAE for the testing and verification of the system. The project concluded in 2020. The next step will be to convert this research prototype into an industrial prototype. 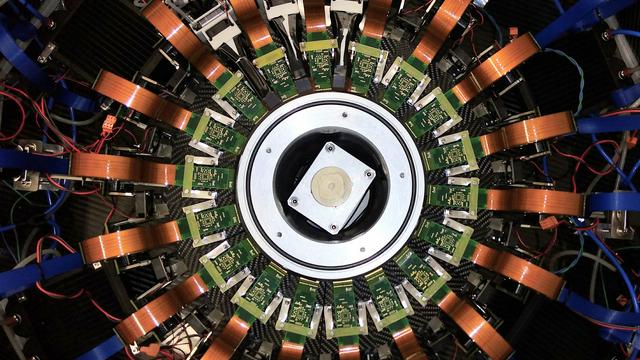 Since 1999, IFAE has used its expertise with sophisticated radiation detectors to develop advanced medical imaging devices.