This project presents Phase V of CIEMAT and IFAE’s contribution to the data processing of CERN’s Large Hadron Collider (LHC), in the framework of the Memorandum of Understanding signed between Spain and CERN for the development of the Worldwide LHC Computing Grid (WLCG). This contribution includes a first level center (Tier1) for the ATLAS, CMS and LHCb experiments, and important contributions to the Spanish second level federated centers (Tier2) for ATLAS and CMS.

Important innovations and scientific-technological developments will be done in phase V, in order to increase the capacity and functionality of the Tier1 and Tier2 centers in response to the growing demands generated by the huge accumulation of complex data from LHC.

Over 10 years, the Spanish Tier1 and Tier2s have successfully received and processed their share of the massive dataset accumulated by LHC, some 350 Petabytes in total, thereby helping physicists to search for new phenomena and to detect the Higgs boson, one of the most relevant scientific discoveries of the last years. After a process of improvements of the LHC (2013-2015), steady operation will restart in 2016. Some 120 fb-1 of integrated luminosity will be obtained during 2016-2018 (25 times more data than produced in 2015).

The project will face up to the challenges that this represents for scientists in our society. The techniques that will be explored will contribute to the knowledge and transfer to society of very large scale distributed computing combined with management of massive amounts of data (and extreme example of Big Data).

An important innovation of the project is the integration of processing and storage between PIC in Bellaterra and CIEMAT in La Moncloa, through the full exploitation of the capacity and functionality of RedIRIS NOVA and the integration of emerging technologies in distributed data management and computing. In the resulting distributed center, experiments will have guaranteed capacities and Spanish scientists will have a large analysis center. This is aligned with WLCG’s global strategy towards integration, federation and virtualization of resources, and will involve an intense program of international collaboration with distinguished groups in Europe and the U.S. In addition, resources from HPC centers will be integrated in an opportunistic fashion, as well as elastic growth through Cloud resources, aligning with European Union strategies.

In parallel, LHC data processing is entering a period of extensive revision, with a multitude of R&D projects that have to be explored in order to face the challenges that the high luminosity version of LHC will generate in 2025. The research team has an excellent track record in such activities which will be applied in this new phase of provisioning for LHC computing resources. 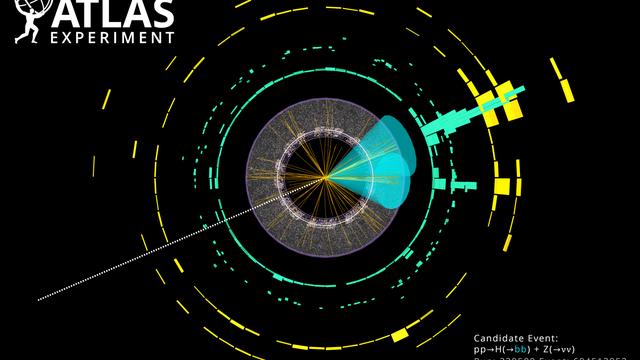 Since 1993, the IFAE Collider Physics group has made major contributions to the construction of the ATLAS detector and its trigger system, the reconstruction software, and carried out a strong physics analysis program at the LHCC, expanding from precise Standard Model background measurements to Higgs boson physics